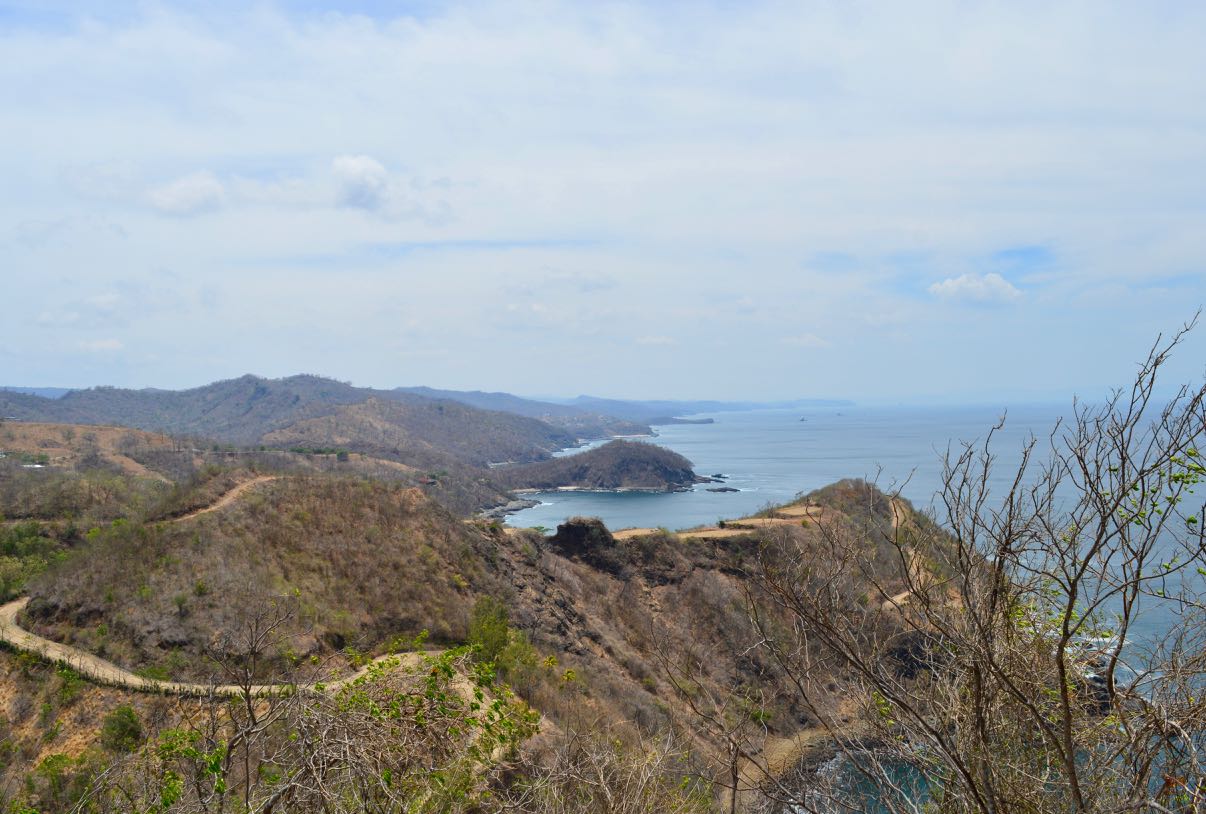 Nicaragua is a beautiful country with amazing scenery and friendly people. The protests and political turmoil which occurred in spring/summer 2018 have had a hugely negative impact on the tourism industry in Nicaragua. We felt safe during our time in Nicaragua and would like to encourage other traveler’s to visit. Use normal safety precautions and we’re sure you’ll have a great time!

The border crossing into Nicaragua is an adventure (especially after having already crossed one border in the same day – Honduras), however, compared to several other travelers we met at the border we seemed to have made really good time. We have determined that the typical border crossing in Central America takes 3 hours (with a dog and vehicle) and we were close to this average entering Nicaragua from Honduras. Some of the people we talked to at the border had spent five or more hours waiting for paperwork or trying to find the correct building or person in order obtain the vehicle import permit. This is why we call border crossings border puzzles!

After our double border crossing (which consisted of approximately 6 hours of border crossing time) we stopped at a truck stop near the Honduras and Nicaragua border. Here we met a group of extremely friendly truck drivers who gave us recommendations for places to see in Nicaragua, and even let us know the best types of beer in Central America. This was a great place to stop for the night after the border despite the hot weather (a fan is a critical piece of equipment when camping in Central America). It was 40°C when we arrived at the truck stop! In the morning we drove to the coastal town of Jiquilillo which is a beautiful small town right on the beach. On our way to this town we drove through the city of Chinandega to get groceries and a SIM card. While we were there someone noticed our website name written on our truck and sent us an extremely kind message on our blog welcoming us to Nicaragua and thanked us for visiting (again we really recommend visiting!).

In Jiquilillo we camped several nights at a hostel in town and surfed with some of our friends we met in El Salvador. At this point of our trip (El Salvador included) we were experiencing prime surfing conditions on the coast and all Mitchell wanted to do was spend time in the ocean. However, we were meeting Brenna’s parents shortly and had also signed up for Spanish school so we needed to move on. The Spanish school we signed up for was at Casa Elisa in Las Peñitas, Nicaragua (another beautiful, slightly larger, town on the beach). Big shout out to our Spanish teacher and all the staff at Casa Elisa (including the two house dogs who looked after Roo). If you want to take Spanish lessons we highly recommend Casa Elisa! We took lessons for the week and camped at the school. This was a great week filled with surfing, Spanish lessons, and even some homework. If you are looking to learn Spanish (and go on a vacation) this is a great place to go! The surfing in Las Peñitas is good, but be aware of sting rays. Mitchell was surfing with some friends and one of them got stung and had to head to the local clinic.

We now had to meet up with Brenna’s family so we drove from Las Peñitas all the way too San Juan Del Sur. We have gotten smarter during our travels and did not plan on picking them up from the airport given last time we were unexpectedly very delayed. We had a large house rented right on the beachfront in town and spent an action packed two weeks with family. Brenna’s parents, brothers (Calum and Rhett) plus Calum’s girlfriend Erin all made the trek from Canada to visit us on the road! The house was complete luxury after living out of a truck! We had two lovely caretakers and cooks and an awesome pool!

One of our first adventures with the whole family included traveling to Ometepe Island which is a volcanic island in Lake Nicaragua. Roo got to ride another ferry to the island, she is becoming quiet the pro at ferry crossings! In general Roo was super excited to be surrounded by people she knows and was basking in all the attention.

Other highlights include visiting Volcano Masaya, Granada and Lagoon Apoyo. On these adventures our family got to experience what it is like driving Toby through a street market. This happened twice! We have mentioned it before and still believe Google and Maps Me both like to direct us through street markets.

You cannot surf in the town of San Juan Del Sur, but there are several great nearby surf beaches. We surfed at Playa Maderas and Playa Hermosa which both have good beginner waves. It was Semana Santa when Brenna’s family was in town which mostly consisted of a giant party. The population of San Juan Del Sur appeared to triple during Semana Santa and there were lots of festivities to take part in. People were literally sleeping on the streets overnight and we’re up at 6 am the next day looking like they were ready to keep the party going!

We loved having family come visit and it was great to be able to bring our family along on part of our adventures. After the two weeks had passed we felt refreshed (AC is a pretty nice luxury) and able to continue our trip into Costa Rica!