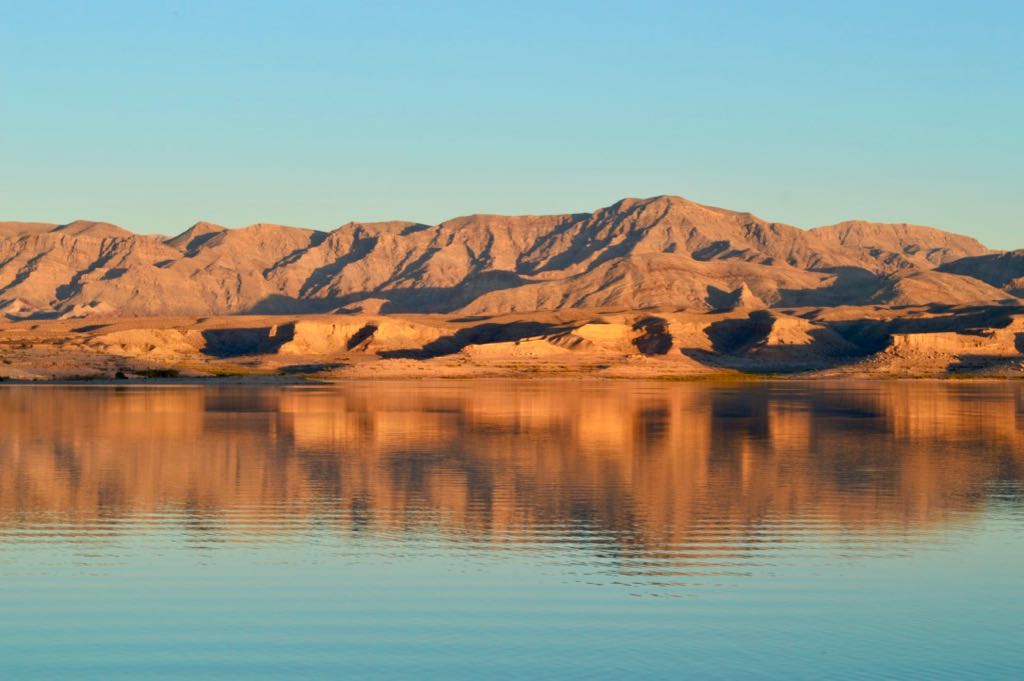 Our first stop in Vegas was at Bass Pro Shop, which was also connected to a Casino (big surprise). This stop exposed us to our first taste of how everything is bigger, flashier, and a little weirder in Las Vegas. Both Bass Pro and the attached Casino had enormous aquariums filled with stingrays, sturgeon, and sharks. We purchased a propane heater (yes, we finally caved and determined a heater would make life more “liveable”)  and Roo got into a stare down with a sturgeon.

After Bass Pro we went to our first hotel of the trip, La Quinta Inn and Suites (which are all dog friendly with no extra fees). This was a much needed break to recharge. Once we were set up in the hotel we headed down to the strip to experience one of the buffets which was pretty much our entire reason for stopping in Vegas. Part of the reason for the hotel room was so we could leave Roo in the room while we ventured out on the strip and hunted for a buffet. Fun fact, dogs are only allowed on the Las Vegas strip between 5:00 am and 12 noon. The buffet was excessive and left both of us in significant pain from eating too much food. Apparently, we fully committed to all you can eat.

When we recovered from the food coma we proceeded on to the Hoover Dam which was extremely impressive. Its hard to comprehend how such an impressive engineering feat was completed in 1936 and it was interesting to learn how important the power generated by the dam was to the allies in World War II. 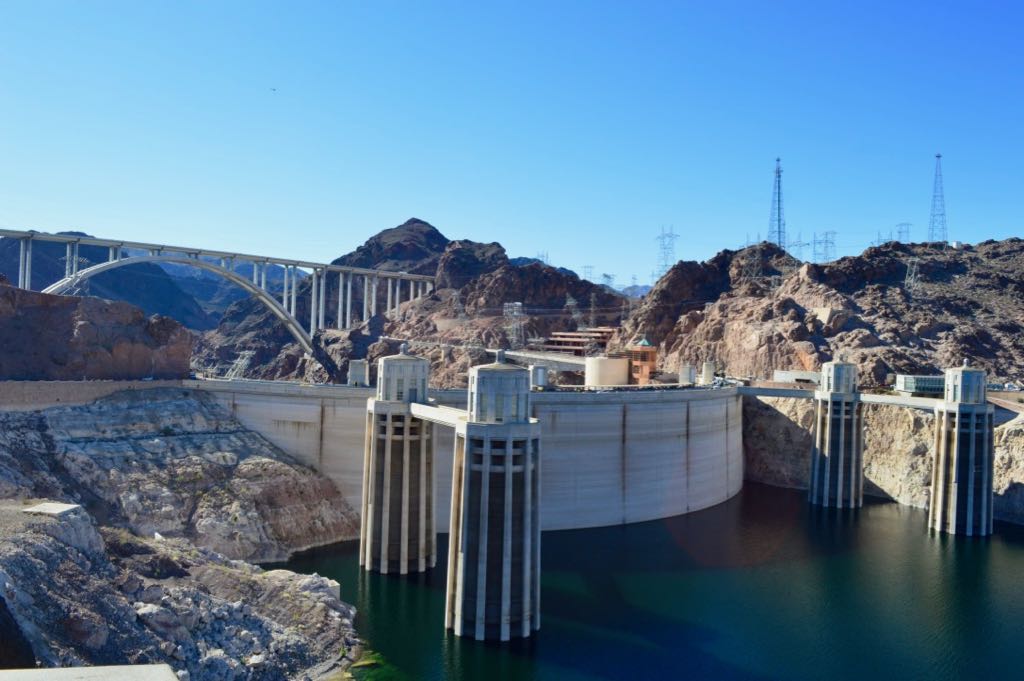 After visiting the Hoover Dam we travelled to a great free campsite on Lake Mead. The campsite was right on the lake and had amazing views, however there was unfortunately litter everywhere. We picked up some of the trash but it barely felt like it made a dent. It make us really sad to see such little respect for nature. When you are living on the road you rely on campsites and free ones are even better, when people leave trash it will likely result in more regulations and camping limitations – which is no fun for anyone! So pick up your trash – pack it in and pack it out! We used this campsite as a home base for two days and spent time in the town of Overton, Nevada. The town was very small but had a nice little park with potable water and the public library had free Wi-Fi! Wi-Fi and water – what more could we want?