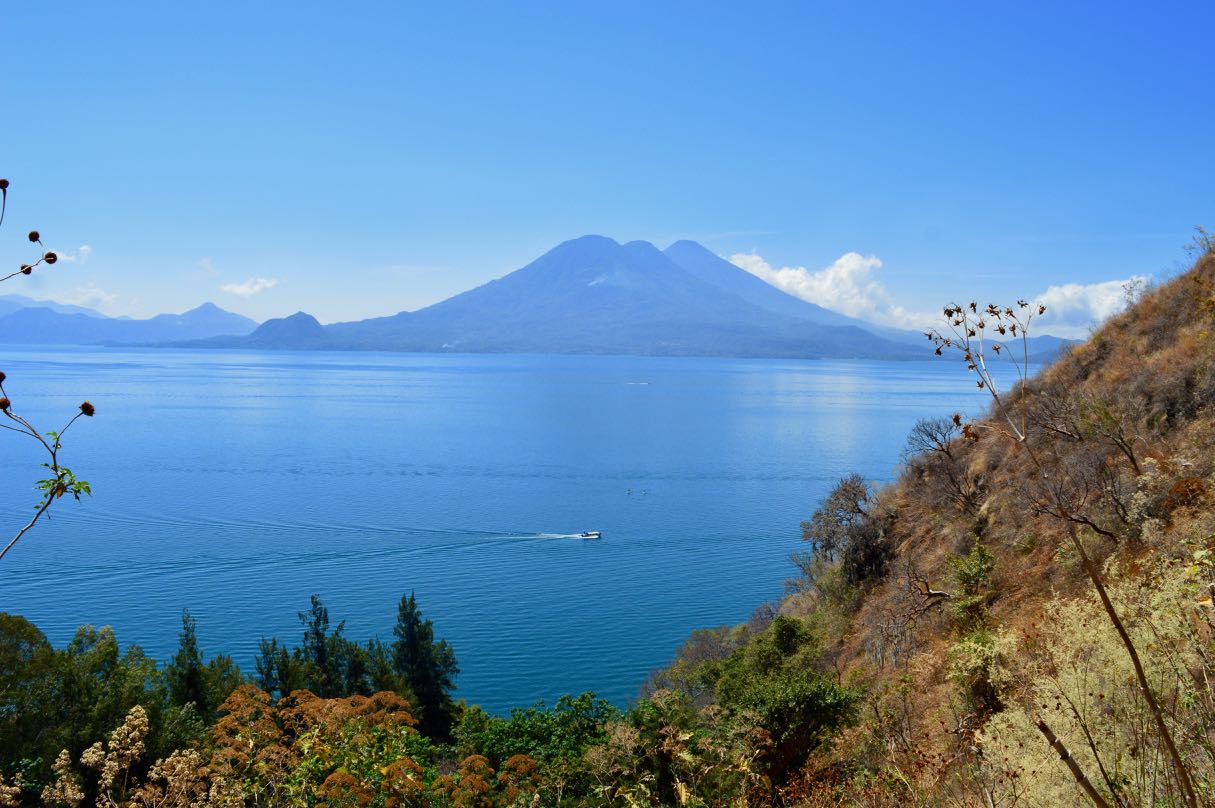 We could have easily spent much more time in Mexico however we’ve realized that if we’re going to have time to cover Central and South America we need to start driving south a little quicker! We’d heard great things about Guatemala and it did not disappoint!

We crossed the border at La Mesilla, it’s a fairly small border crossing yet there was lots of hustle and bustle as the border also seemed to be the entrance for a street market. We have no idea how a larger vehicle would fit through! Mitchell and I have an ongoing joke that we manage to run into street markets in almost every place we visit without trying. After spending just over two and half weeks in Guatemala we have concluded that every time we thought we wouldn’t fit, somehow one way or other crowds parted and there was miraculously just enough room! This phenomenon happens on narrow roads all throughout Guatemala and even on the ferry boats that tour you around Lake Atitlán.

Overall the border crossing was smooth and all agents were helpful and friendly. First, we handed over Roo’s vet paperwork for the Agriculture Inspection (they were fine with the vet certification document we got in the USA) and then they fumigate the vehicle. After, we walked down the street to start the process of importing our vehicle and getting out TIP (temporary import permit). Once we paid for the TIP and fumigation/agriculture inspection for Roo we were all set and on our way! The tricky part of navigating the border was after entering Guatemala as we were forced to pass through a narrow street that was packed with vendors on the shoulders. We slowly inched out way through and eventually made it out into a less congested area.

We quickly encountered the Guatemala equivalent of the Mexico tope (aka: speed bump). In Guatemala they are called Tumulos. These typically weren’t marked and really sent Toby flying a few times! The roads in Guatemala can be wild, with many twists, turns and hills! This doesn’t seem to slow down the Chicken Buses at all. What is a Chicken Bus you ask? They are old school busses from the USA that are painted and converted into public transportation buses. Each one has a unique painting on the outside and they are usually packed with people, and sometimes chickens, hence the name Chicken Bus!

After the border crossing we spent two nights with a lovely family in Huehuetenango a city close to the Guatemalan/Mexico border. We originally only planned to stay one night but spent almost 4 hours setting up a SIM card with Claro and decided to stay another night versus heading out later in the day. It’s still almost too painful to talk about our Claro experience and why it took over four hours, it was a lesson on when to cut your losses. At first, there was a problem with my (Brenna’s) phone, then apparently it was the SIM, and then it was really just human error/inexperience. Each time I was tempted to say forget about it we’d take a small step towards actually having a working phone/SIM. Finally, once everything was supposed to work I was told to call a number if it was still not working in 15 minutes, ironic given that my whole reason for being there was so I could have a phone to call numbers on. This was a true lesson in perseverance because the 4 hour time investment did result in a working phone! Some days I wonder what we have been doing all day, on this day I could honestly say we stood outside a Claro booth for almost half a day.  Some days go smooth, others not so much!

The day following the phone fiasco we headed to Lake Atitlán. Due to limited timing we didn’t make it to the east side of Guatemala – another place to return to!  The road down to Lake Atitlán was very steep and had at least 7 switchbacks, where oncoming chicken buses and trucks had to honk in advance as they were taking a wide turn directly into your lane. Getting down to the lake was an eventful experience!

Our first stop on Lake Atitlan was San Pedro. All of the little villages around the lake each have a different vibe, San Pedro is known for it’s Spanish schools and night life, it has many hostels and quite a few little bars/restaurants relative to its small size.

After San Pedro we headed to a highly recommended campsite, Pasaj Cap in San Marcos. This is a magical spot and is a must stop for any overlander! While you can walk into San Marcos you can also catch walk down to the private dock and catch a water taxi to any of the towns on the lake. The water taxis were also dog friendly! Pasaj Cap was made extra great as we met some lovely people and many other overlanders! It is fun to swap stories and share experiences of living on the road. While at Pasaj Cap we took a ferry and explored another lakeside town of San Juan which is known for it’s handcrafts and art.

When leaving San Marco’s we made the conscious choice to take a different exit that we had walked the day before because we thought it would be easier to navigate. Ironically, out attempt at foresight didn’t help us as we ended up scraping the body of Toby slightly on a tight turn. After scraping Toby we made it a few more feet and encountered another tight turn that we didn’t think we could make it through. There were stone walls on each side, if the situation wasn’t so stressful it would have made a great picture! We wanted to back-out the way we came (in hindsight I am not sure we would have been able to do that), however the locals behind us got out and told us “es possible” and that for larger vehicle it might just take 20 or so turns. Luckily, it didn’t end up taking 20 turns and we eventually made it out! Once again even if you think you can’t fit, you might actually be able to? After our eventful exit we had a closer look at the damage on Toby’s side and decided that while it was disappointing it could have been much worse!  Luckily, we were on our way to Antigua which is a fairly decently sized city and knew we wouldn’t have trouble finding a body shop.